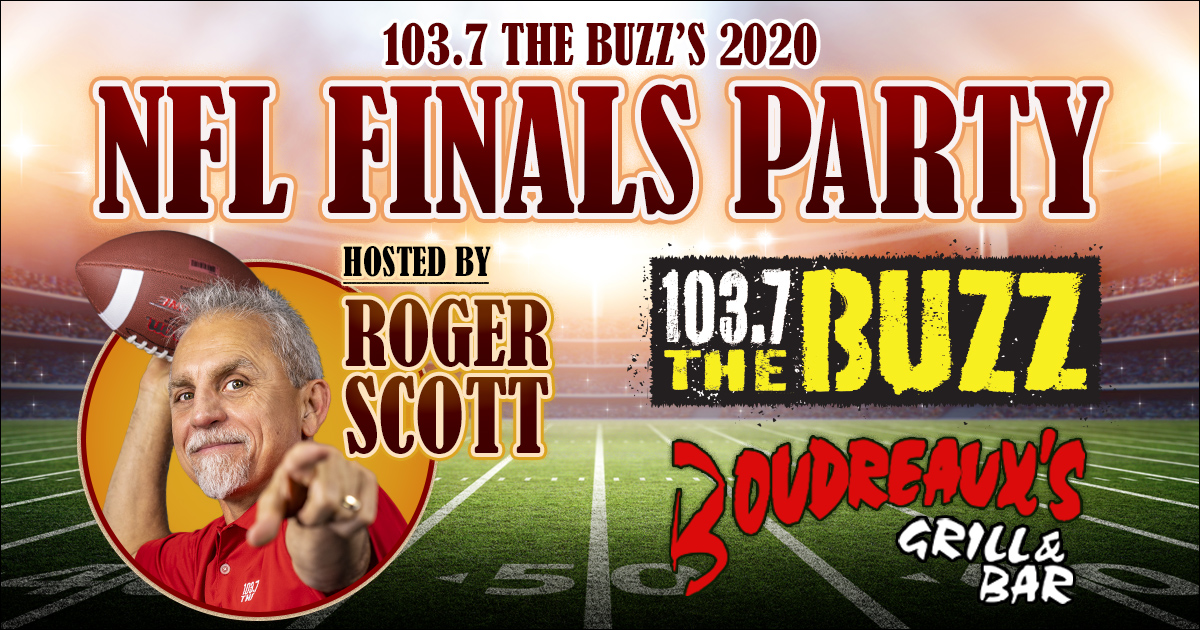 ARE YOU READY FOR SOME FOOTBALL?! Boudreaux’s Grill and Bar will be your one stop tailgate spot on Sunday, February 2nd to watch the BIGGEST GAME of the YEAR! Join Roger Scott and 103.7 The Buzz as we cheer on the teams in the NFL Finals! I will be at Boudreaux’s Grill and Bar from 5:30pm until the winner has be named! I’ll have concert tickets to give away, along with other Buzz Gear and many more prizes ranging anywhere from 10 dollars to 10 MILLION Dollars.

Thanks for signing up!
© 2021 by Signal Media of Arkansas.
Advertise With Us
Contest Rules
EEO Report
FCC License
FCC Applications
Privacy Policy