“Weird Al” Yankovic is the biggest-selling comedy recording artist in history, earning four Grammys and fifteen career nominations.  The legendary musical satirist follows his sold-out 2018 tour of intimate venues – where he played deep cuts for his hardcore fans – with his biggest show ever.  Weird Al is back to playing the hits and classics with his Strings Attached tour, a high-energy rock and comedy production featuring his original band, costumes, props, a video wall and – for the first time – background singers and a full symphony orchestra.

“Weird Al” Yankovic is best known for sending up the biggest hits in the world with his own hit parodies, including “Eat It,” “Like A Surgeon,” “Smells Like Nirvana,” “Amish Paradise,” “White & Nerdy,” and “Word Crimes.”  Yankovic’s last album, 2014’s Mandatory Fun, made history as the first comedy album ever to debut at #1 on the Billboard Top 200 chart. 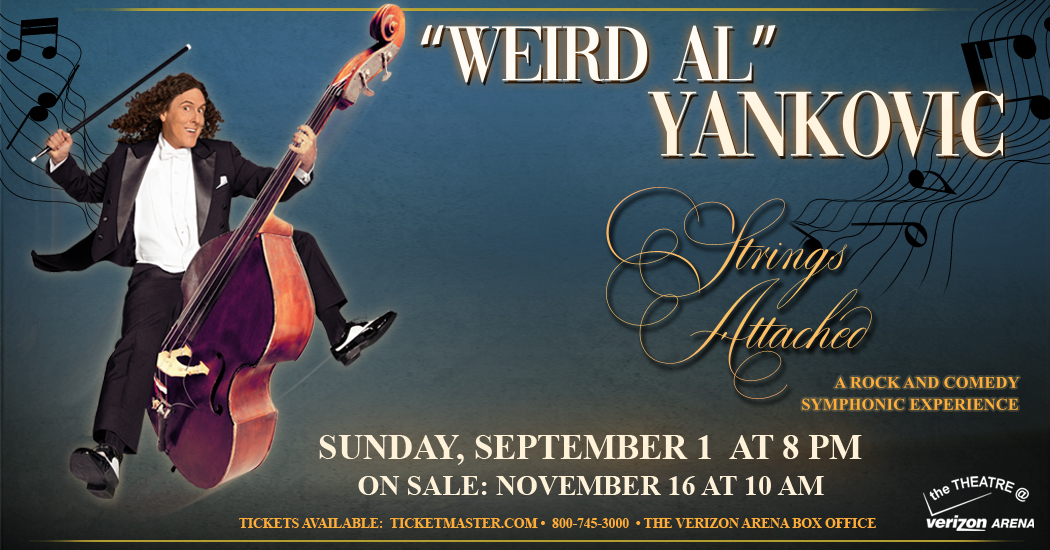 Thanks for signing up!
© 2020 by Signal Media of Arkansas.
Advertise With Us Contest Rules EEO Report FCC License Privacy Policy