Morning Mayhem with David Bazzel, Justin Moore and Roger Scott airs on the Buzz radio network, Monday through Friday from 6:00 a.m. to 10:00 a.m. 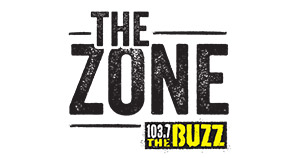 The Zone features Justin Acri and Wess Moore as well as insight from local sports and entertainment personalities. 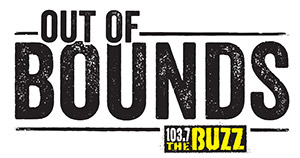 John Nabors and Joe Franklin keep you going in the afternoon with fresh sports news every weekday from 1pm-4pm. You're OUT OF BOUNDS! 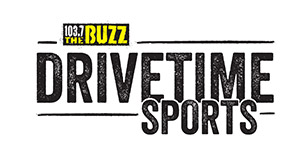 Show With No Name

On air Monday through Friday from 6 to 10 AM

This radio icon has had a storied career that has spanned the United States. Tommy's greatest years and achievements came during competition at Lamar Porter field. He went on to attend Central High School (for a while) before finishing his education at Metropolitan Votech. Near as we can tell, he served 4.5 years in the Army (achieving the rank of Sergeant). This is where he got his big break in broadcasting, repairing radios in tanks. He got his first job at KEWP 1380 AM while using the name T.C. Star (yes, seriously). He became part of central Arkansas radio lore as he rose to fame at Magic 105 starting in 1980. After a brief stint in Memphis he continued at Magic until the two "parted ways" in 2004. He then landed in the lap of 103.7 The Buzz where he has once again taken over the market with his blend of humor, anger and making David Bazzel giggle like a school girl on The Show with no Name.

A Florida high school all-state athlete in football, track, and weightlifting, David was recruited by such schools as Arkansas, Florida, Florida State, Miami, and Georgia, eventually signing with Lou Holtz and the Razorbacks. He was team captain, three year starter, and four year letterman at linebacker under Holtz & Ken Hatfield(1981-86), participating in four bowl games including a television MVP performance in the 1984 Liberty Bowl vs. Auburn & Bo Jackson. David played on the 1982 Arkansas defense that led the nation in scoring, was the team leader in tackles in 1984 and was defensive captain of the 1985 unit that set an all-time SWC record of allowing no rushing TD’s during the entire conference season.

Roger's addition to The Show With No Name brought a renewed spark to the Legend and The Linebacker with a variety of talents including amazing impersonations and a comedic wit and timing that have Buzz listeners crying with laughter in their cars, homes and at work. From Arnold Schwarzenneger, Dean Martin and Ray Charles to local favorites Wrastlin Man, Ty and Brother Father Mathias, Roger grabs your attention on the air or at station events and refuses to let go...despite the occasional restraining order. Who knows what's next for Roger Scott? An Academy Award? Mr. Olympia Title? A recording contract? The only thing we know for sure is we're thankful to have him in the Buzz family! Even if he is our very own "weird uncle Roger".

RJ was born in Midland, Texas on October 26th. He went to high school in Athens, Texas and then went to the University of Central Arkansas. While at UCA, he was active with the UCA baseball team and worked at the campus radio and TV stations; KUCA and Channel 6 news. He did play-by-play for the Bears baseball team for 2 seasons as well as the UCA postgame show after every football and basketball game. RJ also did special interest packages for the “Clint Conque Show” which aired in Conway on Channel 6 and KATV Channel 7 in Little Rock. He has worked at several different stations across the state of Arkansas doing play-by-play for different high schools, and currently works on all the high school broadcasts for 103.7 The Buzz. RJ joined The Buzz in the summer of 2007 as an intern, and worked part-time as a producer. In July 2008, RJ got hired full-time as a producer/promotions asst. He currently anchors all the sports slams and you can hear him on the high school state championship broadcasts. RJ is now the Producer and contributor on The Show With No Name (M-F 6-10am).


"Tommy's Shortcut to the Redneck Riviera"

Take 530 to Pine Bluff, take the Highway 65 exit and follow 65 to Lake Village (this is probably the worst part of your drive)....A few miles past Lake Village take Highway 82 East where in about 6 or 7 miles you will experience the toe curling, skeery bridge over the muddy Mississippi. Take a right on Highway 454 (about a mile past the bridge)....Scoot on down 454 for 5 or 6 miles 'til you hit Highway 1....Turn right on Highway 1 and travel a few miles to Highway 438 and hang a left. There will be a tree shrouded, old plantation style house on your left at the turn....

On 438 you watch out for Mississippi smokies through Arcola to Highway 61...Turn right on 61 and sail through this Mississippi Delta and places called Nitta Yuma and Panther Burn to Anguille...Turn left at Anguille on Highway 14...Hit your afterburner and blow on down to Highway 49...Turn right on 49 and follow it through Yazoo City (home of Jerry Clower) all the way to Jackson. Hop on 220 to Jackson and I-20...Head East on 20 and get back on 49 South to Hattiesburg (if you stop in Hattiesburg check out the Conestoga Steak House).

Take I-55 around Hattiesburg and hit Highway 98 East...About 70 miles down a very nice four lane highway to Lucedale. Take the second Lucedale 23 exit and get on Highway 63 South...This is the home stretch to I-10...Take I-10 East to your destination on the Redneck Riviera.

FOR GREAT EATIN' JOINTS CALL US ON THE AIR, HAVE FUN!!!!!

On air Monday through Friday from 10 AM to 1 PM

Justin Acri is the KABZ-FM program director and co-host of The Zone weekdays 10am-1pm. He started at 103.7 The Buzz in June of 2003 as a co-host of The Morning Buzz and came on full time in September of 2006 while taking on a management role and moving to the mid-day.

Acri first came to Arkansas in fall of 1998 to work at KATV-TV as a general assignment reporter. His outstanding work at Channel Seven earned him recognition in the form of an Emmy Award, a Murrow Award and several awards from the Associated Press and Society of Professional Journalists. In 2003 he moved into a role in the KATV sports department as an anchor and reporter, before leaving to work full-time at KABZ-FM three years later.

Acri has a long-standing association with the University of Central Arkansas which dates back to 2004. He currently serves as the play-by-play voice for the UCA Football and Men’s Basketball programs. He also hosts coaches shows for both UCA Football in the fall and UCA Basketball in the winter on 103.7 The Buzz.

Justin is a 1997 graduate of Iowa State University in Ames, Iowa, where he graduated with a B.S. in Journalism/Mass Communications. He lives in Little Rock with his wife Kristi and two sons, Parker and Maddux. In his free time Justin enjoys golfing, traveling and cooking.

Moore will continue in his role as the Fox 16 Sports Director. He has been covering sports in Arkansas for the last 15 years. Moore also has hosted a radio show for the last several years on another Arkansas station. He most recently was named the 2016 Arkansas Sportscaster of the Year by the National Sports Media Association and is a two-time winner of the sports reporter of the year as voted on by the readers of the Arkansas Democrat-Gazette. Moore also started a state-wide high school football TV Show and created The Hog Zone, a pregame and postgame football show. Wess Moore co-hosts The Zone with Justin Acri weekdays from 10-1 on 103.7 The Buzz.

On air Monday through Friday from 1 PM to 4 PM

Joe Franklin is the producer for Out of Bounds and DriveTimeSports. The Chicago, IL native has lived in Arkansas since he was three years old. A graduate of Little Rock Central High School, Franklin served in the United States Air Force prior to coming to Signal Media in 2002. Franklin produced The Zone from 2004 to 2012, at which point he began producing both Overtime with Trey Schaap and Matt Jones, and DriveTime Sports.

On air Monday through Friday from 4 PM to 7 PM

As a lifetime resident of Arkansas, Randy has made his mark in the Natural State in sports. He has hosted Drivetime Sports for the last 23 years. He has done play-by-play for the University of Arkansas Ladybacks and for the UALR men's basketball team. He also served as the voice of ASU's football and men's basketball team in 1993 and was honored with the Sportscaster of the Year Award. Randy is married with 6 kids and 2 grandchildren with wife Kerry.

Communications Director of the Springdale School District and co-host of Drive Time Sports, Rick Schaeffer was sports information director at the University of Arkansas and still serves on Razorback football and baseball broadcasts. Schaeffer worked in the UA SID office 24 years before joining the staff of The Fellowship of Christian Athletes in August, 2000. In the spring of 2004, he and his wife, Adelaide, founded Champions For Kids, an organization whose goal is to mobilize millions of citizens to become involved in helping disadvantaged youth. He joined the Springdale School District staff in July, 2006 and still does part time work for Champions For Kids. He works with Randy Rainwater on Drive Time Sports, heard statewide daily from 4-7 p.m. Schaeffer works with Scott Inman and Quinn Grovey on the pre-game and post-game programs surrounding the Razorback football broadcasts. He is in his 18th season as analyst for UA baseball and provided color commentary on UA basketball broadcasts for 35 seasons. He has written three books, including the just released 100 Things Arkansas Fans Should Know and Do Before They Die. “Inside the Razorback Vault” was released in June of 2008. He wrote “The Game of My Life” in 2005. He is working on a biography of Frank Broyles. Schaeffer and his wife have been married 31 years. They have a 19-year old son, Benny, and 10 dogs.